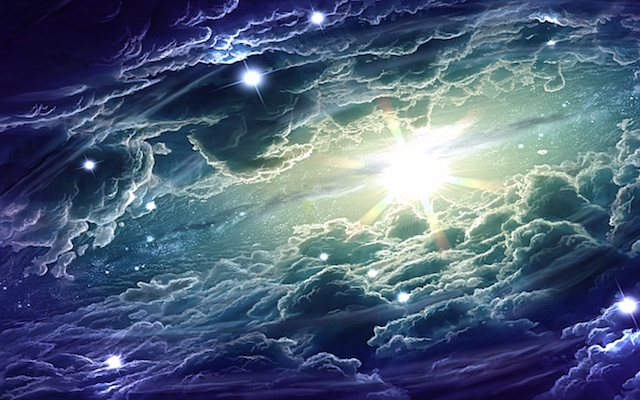 We come from a different vibration in a different space and that is why we’re so humble. We don’t need to prove a falsehood about ourselves, we already know who we are. You humans use the term mankind. Your bodies have lost your hue, your light in mankind. That’s an oxymoron. From our rooms it is understood there’s a mutual respect for all forms of life. But I must ask you, what is kind about you men and women? Do you see all of the agenda going on? They want you as one big unit without individuality and politically correct, with every moment to their shaping and with shame, programming, fear and judgment you’re gradually going against nature. This has happened before in the Atlantis. It’s symbolic of the fall of mankind and civilisation. Once again many of you will fail, your Christianity and all your other religions are based on ignorance. Even children’s fairytales have more reality, for they’re based on reality.

You must look deeper, they tell you portions of Truth and those that are studious in the occult sciences, metaphysical sciences and philosophy are called your sacred order of Masons. The Illuminati are given the keys to interpret this with all the information that is buried in the catacombs of Rome in the Vatican. Do not worry, those that have a slight amount of reasonableness and are salvageable will be rescued. No matter what, your religion is the state of your heart and awareness that determines, so if you’ve loved you’re basically there. There are no Lords and there are no Gods as you know them, these are the ways that you’re brainwashed to be subjected as chattel to the controllers of this world. They’re taking you and imprisoning you deeper in your illusions. You might as well be wearing paper mache force field crosses on your body for when the shit hits the fan your religions will not do anything for you. Your wellness and your nature will come out beyond what you believe and will purely be instinctual when these changes happen on the planet.

These are the ones that keep you trapped in illusion. Why else do you need blood of sacrifice to be saved, how absurd. But once again blood is life. Have you ever heard of signing your Will with your blood? You have a saying ‘selling your soul to the devil’. This is what you do by accepting religions and not truth and self-knowing with the infinite presence that is right within you. Does God need to forgive himself? Is this what it’s about? Because God did create you right? For even humans who have families love their children for you created them with your bodies with your fires of passion and love. So if you can love your child and not ask your first born to sacrificed so that you can love the rest, then you might be onto something. But do understand women pay the sacrifice of the sacred energies of blood and that is the cleansing that nature does, that is the sacrifice of the sacral energy.

Once again you’re being duped. Men are men and women are women. Period. You listen to the news, your children are programmed so even their sexual energies are distorted. Wicked are they that are of your governments and religions and they know just how to deal with the masters of your race and world. If I had an analogy, I would say it is like wholesome bread where mould starts to grow so you have to cut out what you would eat to nourish you. We will pick the ones that have not been corrupted by following the orders of the corrupted. Your currency is money that you truly believe in for that is your real religion and why you serve that God. The Lords where allowed to use the word god based on money and they ask you to pledge allegiance and swear your heart to them and their symbols in a contract. They ask you to fight for their country so they can have their blood as a sacrifice. They print on your currency Ancient Egyptian artefacts that they think they understand, so delusional are they.

We look at them as infant children that have found a Wizard’s wand that was hidden and they’re experimenting with magic they know not of, but this is being allowed to be. Because if you’re tempted by ignorance you will surely not be allowed to go beyond your infant grades into the higher universes. Look upon your paper Dollars ‘In God We Trust’. Every time you deal with the illusion of money you honour the religion of the god, you trust him where you put your hearts and souls to. Of course you’re all very trusting but you have to obey the laws and this is done and all of your agreements that you sign unknowingly as to what you’re entering into. Why else do you need blood of sacrifice to be saved, how absurd. This is what you do by accepting religions and not truth and self-knowing with the infinite presence that is right within you.

Read the dotted line because when it comes time for Council they will say it was your will for you have agreed upon this Caveat emptor. So be humble being meek, eyes closed and programmed and your Lords shall save you. I trust you’re getting the picture, this is exactly what happens. If you dare go against religion you will be punished for eternity but understand, you’re already in hell. The rebellious infection that has hammered your sector of the universe is like an invasive bacteria or virus. It is constantly reengineering its way to use you as a host to keep you trapped so that you function for them, not for your own health and wholeness. Just know this dear entities, when you are full of light into your soul they will blast you. Like an Eagle soaring the air they will shoot at you with their rifles for you are not a rat on the ground. There is a term you use blasphemous.