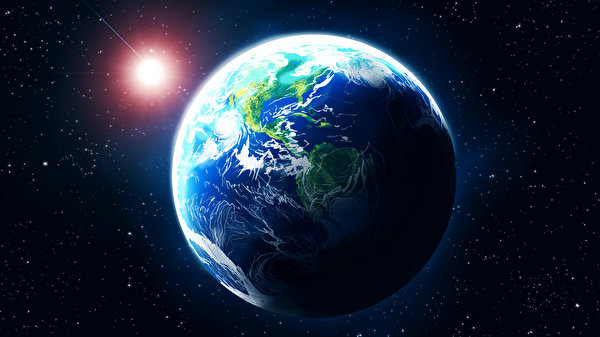 The magnetic forcefields of the planet are changing. More cosmic energy is coming to the planet and this cosmic energy will create evolution and will cause an activation on a very cellular and DNA level, and this is the season of your expansion of the soul manifested in the physical human experience. Humanity is coming into germination of new potentiality so with this many of you are being quickened and discovering abilities you didn’t know you had. You’re running energy from the sun and coming online to your potential from the starseed in your DNA. Coincidentally there has been a lot of technology to disturb you and make you pattern your consciousness into stimuli coming from a grid of distraction.

Many are being sucked into this grid to the point of addiction where you cannot exist without your cell phones and computerised reliant of the internet which stimulates you with sound, light end electromagnetic frequencies to be mass controlled to an agenda far beyond that you know. It is no coincidence that they’re trying to inject DNA suppressive genetic altering substances into newborn babies which stops them coming online bringing in the Dawn of the New Age. Systematically the governments know of this time and are doing their work to stop the clocks from ticking to prevent what is to happen in this chapter.

The electromagnetic belts of the planet are changing frequency and many souls will come into powers beyond their imagination, and the overlords of this planet do not want it to happen. This is why they’re setting up microwave frequencies which will generate energies that will cause you disruption. There is an agenda to keep you from activating and cause you disturbances in adapting to these frequencies. Your food, water, and the air is poison so that you will not evolve to the light beings that are coming to work with humans in these frequency fields that are manifesting. I say this as a warning, this goes beyond conspiracy.

Do your research, this all ties together to keep you suppressed to the information you’re meant to have that is undecided into your biological form. This is why you should keep close scrutiny on what is happening in the world with the media for the evolution of your soul. Do what you can to purify so you will vibrate and adapt to the higher frequencies coming. Then you will have the sensitivity of the lighter galactic principles that you’re a part of. Be careful not to find yourself drawn into endless hours of computer programming suppressing your intuition and mind. Be careful not to be distracted, the world is going to go through incredible changes.